Life is Deeper than Fiction 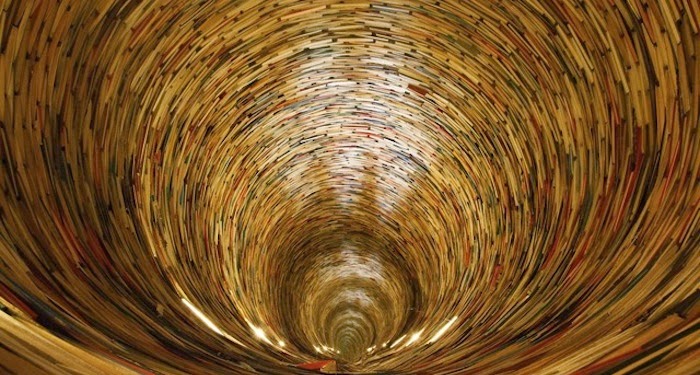 What shapes our ideals about what life ought to be like? Frighteningly, I think many persons are shaped by various forms of banal media more than by their families and mentors, or by historical figures and enriching arts. One's ideas of high school and college are formed by teen fiction a la Twilight and a host of other semi-pornographic novels marketed towards pre-teens and high schoolers.


One's ideas of dating and marriage are formed even earlier, through Disney films or grown ups asking toddlers if so-and-so is their girlfriend or boyfriend. A steady diet of 'young adult' fiction, films, and various genres of music are shaping the minds of children and teens, perhaps more than any other influence. No wonder girls struggle with self-image—not being willowy and graceful, or worse, sassy and sexy—like the ‘heroines’ they admire. No wonder boys and young men are apathetic or aggressive—they have no one in the public square to set an example of good character and hard work for them. They think they have to prove themselves by their wit, sarcasm, or skills. For many, it is much easier not to try and not to care.

Thankfully, for me, my parents made sure we had access to good books, along with other forms of media and art. They were generous during my youth, not policing my library stacks or telling me I could only read things by Christian authors. I read as many horse-centric books as I could find, hoping to avoid 'stupid romance novels.' Yet even horse stories had their share of 'boy drama' and vocabulary I knew wasn't acceptable in our family. Enter the availability of good books on the shelves at home.

My mom would often get us new books when she attended conventions or workshops. Many of those books were missionary biographies that I read for pleasure or for school. My dad read books out loud to the family on an almost nightly basis; from To Kill a Mockingbird and The Prince and the Pauper, to The Chronicles of Narnia, Carry On Mr Bowditch, Hinds' Feet on High Places, and a failed attempt at 20,000 Leagues Under the Sea. We also read our share of Tom Swift and Trixie Beldon books, as well as some Louis L'Amor westerns. So it wasn't all classic, well-written literature, but it wasn't anything we couldn't all read together. (Even though Dad read To Kill a Mockingbird to us before I was eight or nine, I think he edited a bit, and many of the words and references went over my head.)

Mysteriously, my family were unaware of Lord of the Rings and its precursor, The Hobbit, but I discovered them my senior year of high school and remedied the deficit. Some of the most influential books in my life I discovered well out of high school: A Wrinkle in Time, A Wind in the Door, A Swiftly Tilting Planet, The Giver, The Phantom Tollbooth, The Princess and the Goblin, The Princess and Curdie, and others. I found depth in these  so-called 'children's books'—depth I never would have discovered had I read the books as a child. My brain was set in motion by these books to engage life on historical, ethical, microscopic, and macrocosmic levels. I was challenged to ask myself what I believed about time and words or family and love—thus expanding my perception of God and man.

Children's books, I have discovered, deal with weighty philosophical questions in ways that help the reader wrap their mind and life around both the questions and the answers. Who am I? Who is God? What is a good death? How do we process loss? Why do we crave life? What is love? These books also show what perseverance, self-sacrifice, loyalty, and love look like in action.

Confessedly, I had a moderately skewed idea of high school and college life, of romance and marriage, and what it meant to be an adult—most of which stemmed from the small amount of television and films (and sadly, from many so-called 'Christian' fiction books) consumed in our household. The elusive 'grown up' world was one that was both scary and intriguing from these portrayals. I was afraid of various things before I attempted them—physics, college classes and papers, driving on the interstate, etc.—thinking that one had to feel grown up in order to accomplish those things.

Feeling grown up and being grown up are two different things. I still don't feel like a grown up, but I am somehow comforted by the fact that many adults share that feeling. I didn't procure a traditional education, get married in my early twenties, have children, or own a house before I turned thirty. In short, I have not lived the American Dream. For many—who think persons are entitled to romance, intelligence, and affluence—my life's path might appear bitterly disappointing. Yet I am not disappointed nor bitter. I have learned that I am not entitled to the American Dream, even if I work hard. I am not entitled to my next breath of oxygen or my next steady heartbeat. Provisions, relationships, and life are all gifts.

Simply living life—for the glory of God, one day at a time, enjoying what I have—is a great gift. I have learned this lesson through various family members, professors, and friends; through opportunities, experiences, and jobs; and, not surprisingly, through art and literature. I have learned that being faithful in the daily matters of life—from rising on time or doing housework, to interacting with people and listening to God—is what prepares one to be entrusted with larger responsibilities and adventures.

I have been given some unbelievable gifts and experiences that I have striven to use well, both to challenge myself and to encourage others. These experiences have been well beyond my ability to earn, leading me to humbly give thanks to God. They have shaped my character and mind—my very living and being.

Let us come back to the question I asked earlier, what shapes our ideals about what life ought to be like? For me, it has been a mixture of the solid truth and the chintzy glamour of the world’s lies. The more truth I learn to live, the more hollow and false the world’s story rings. Living well takes hard work, faithfulness in the mundane, integrity, and the maturity to know when to play and when to be serious. It takes being teachable, learning to forgive and be forgiven, to give love and to receive love, and to be thankful in all things—even when life does not go as planned or as shown in the movies.

Real life might be stranger than fiction—even though it is full of daily responsibilities—but it is also more wonder-filled and satisfying. Real life, the good life, is deeper and richer than fiction. It is ours to pursue—and ours to receive with humility and thanksgiving.
Posted by Johanna at 7:22 AM