The Silence of God

It's enough to drive a man crazy; it'll break a man's faith
It's enough to make him wonder if he's ever been sane
When he's bleating for comfort from Thy staff and Thy rod
And the heaven's only answer is the silence of God

~ Andrew Peterson, The Silence of God 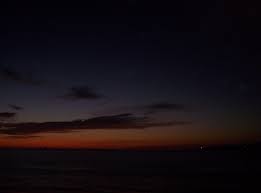 Three-quarters of the way through Christmas I am looking backwards. Around Christmastide I tend to ponder the passage from Genesis when God pronounces the curse, and in the same breath, He offers the promise of a forthcoming Redeemer. I look back at Isaiah nine's promise of a great light and Wonderful Counsellor, or the Suffering Servant in chapter fifty-three. Then I jump ahead to Luke one and two, or John chapter one and get fired up about God becoming man - because let's face it, that is a phenomenal, staggering, once-in-history kind of event. But in my reading I skip over Malachi, the last book of the Old Testament. I skim right over four hundred years of silence from God. As far as we know, there were no public prophets of God between Malachi and Matthew. Even God's chosen people were sitting in great darkness, as Isaiah describes.

Here I pause to remember that God was very quiet for all those years. Quietly He set the things in motion for all that needed to happen to prepare the time and place for Jesus to enter the world. But quiet work is often unnoticed.

Silence is not something fallen humans are good at dealing with, particularly in our techno-centric culture. I cannot even go hiking without meeting someone texting on their iPhone, or hearing boeing jets high above. What do you do when it gets quiet? Do you have an overwhelming urge to turn on music or sermons or a film? Are you able to live comfortably in silence with another person - or are you always wracking your mind for a question to ask or something to say if you are around them? When we are faced with silence or immobility, we almost instantly crave a diversion. A ten second pause in a conversation (especially on the phone) has us squirming in discomfort.

I imagine that the Israelites did not do well with silence either. They surely looked for a diversion. Whether they became idolaters or adulterers, tax collectors for the growing Roman Empire or zealots, they were not listening for the rustling of divine robes or the whispers of God.

Still the words of the final prophet rang in the hearts of some old souls: "But unto you that fear My name shall the Sun of righteousness arise with healing in His wings..." The sky turned just a shade less black. And more promises tumbled around in the hearts of some men: "Behold, I will send you Elijah the prophet before the coming of the great and dreadful day of the Lord..." The East grew pearl grey. There were rumours about a man near the Jordan River who wore rough clothing and ate wild locusts. Perhaps a prophet had appeared after four hundred very long years. And then the Light broke on the scene, asking the Pharisees what they had gone out into the wilderness to see, a prophet? Yes, a prophet, the voice of one crying in the wilderness...

But I have jumped ahead to the voice, to the light... Let's go back to the silent darkness. Why? Because many persons (Christians and non-Christians alike) sit in silent darkness in various life circumstances. Many are waiting for the dawn, for the light of hope to spill across the horizon of their lives -- but it is year one-hundred-thrirty-five in the four hundred years of silence. The end is not even in sight. We feel left alone in our cravings and addictions. We feel like we will never get beyond the breaking point in our marriage. We feel overwhelmed with failure or debts. Is the Sun of Righteousness going to rise, or are we just stuck here?

Many faithful men died during those four hundred taciturn years. And for a couple of thousand years prior, men had died without the promised Messiah's appearance. But they did not die in despair. They died in expectant hope that the Messiah would come. Rather than being distracted with dumb idols of wood, stone, and silver, they set their eyes way down the road, looking unto the Author and Finisher of their faith. They never saw Him in this life, only His shadow.

There are times when we live in the solid darkness, when all we hear from God is silence. The ancients called it the 'dark night of the soul'. We call it 'impossible to bear', that weighty silence. Yet we are "pressed but not crushed," as Paul says. Or as Andrew Peterson put it above, the aching may remain, but the breaking does not. At some point the faithful Israelites saw the consummation of their hope - but not in this life. We look back on the incarnation, the resurrection as the fulfilment of our hope. When we experience the silence of God, we know that it is not forever. The aching may remain all of this life, but the breaking does not... In the holy lonesome echo of the silence of God.